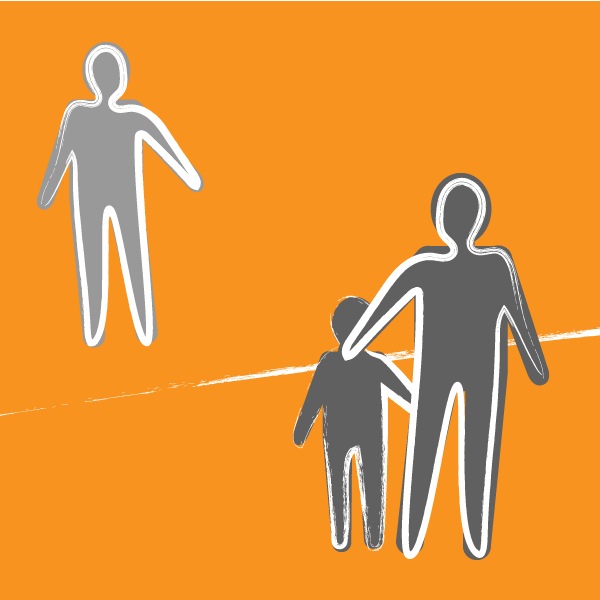 When Oscar called me from the ICE office, I could tell he had been crying. “They’re going to detain me again,” he said. “They say there is nothing I can do.”

It had been 14 months since I had met Oscar, his wife Linda, and their son, Oscar Jr. at a shelter in Tijuana, Mexico. They were planning to come to the United States and ask for asylum together. A shelter volunteer introduced us because I had experience working with families seeking asylum both in and out of detention centers, and could tell them a little bit about what they might expect.

I told them Linda and Oscar Jr. would likely be taken to a family detention center for mothers and children, where an asylum officer would conduct a screening interview to assess asylum eligibility. If Linda and Oscar, Jr. passed the preliminary interview, they would be released to live with her sister in Houston, Texas and wait for an appointment with an immigration judge who would decide their case. On other hand, Oscar would be sent to an adult detention center, alone.

Oscar would also have to pass a screening interview, but for him passing a screening would not signal the end of detention. He would likely be detained for much longer, for months, possibly a year or longer. I could not promise to help them after they crossed, but I gave them my phone number and told them that I would do my best to be available to help if they called.

The family kept in touch, and I soon learned that Linda and Oscar Jr. were sent to a family detention center in Karnes, Texas where an embedded pro bono representation project run by RAICES assisted Linda in preparing for her screening interview. After a few weeks, Linda and her son were released and went to live with family in Texas.

“Oscar Jr was full of kindergarten pride over learning his colors and numbers in English.”

Linda would call me to share updates: Oscar was still detained, Oscar Jr. was enrolled in elementary school, and eventually that their first court hearing was scheduled. Linda would sometimes pass the phone to Oscar Jr. who was full of kindergarten pride over learning his colors and numbers in English.

Oscar was sent to an adult detention center in Southern California. Spring quickly passed, then summer faded to fall. Oscar missed his son’s sixth birthday. To pass the time, Oscar read the Bible. He worked in the detention center kitchen. He dreamt of getting out and being reunited with his family.

I helped him assemble a pro se parole request which he submitted to ICE. ICE’s response: Oscar could leave, but only if he agreed to wear an ankle monitor and pay a $20,000 bond.

“$20,000 is a common bond amount, high enough that it leads many people to give up hope of release altogether.”

For detained immigrants in this region, $20,000 is a common bond amount, high enough that it leads many people to give up hope of release altogether. However, Oscar was fortunate to have an ally, Luna, who had visited and gotten to know him in detention. Luna offered to front the money and posted Oscar’s bond.

Within a few days, Oscar was released from detention. Luna drove him halfway across the country to Texas where he was reunited with his family. They were connected to the Houston Immigration Legal Services Collaborative (HILSC), an innovative organization founded to fill the gap in immigration representation in Houston. HILSC helped Linda prepare and file a pro se asylum application and then began to help Oscar request work authorization.

“Our phone calls began to shift away from their immigration cases to normal, everyday life.”

I kept in touch with Oscar, Linda, and Oscar Jr. Our phone calls began to shift away from their immigration cases to normal, everyday life. Oscar Jr. would call for help with math homework. They told me about the community they had found at a local church, where Oscar began assisting with church renovations, often volunteering from 7 at night to 1 in the morning. When Oscar’s work permit arrived, he was able to secure a job in construction, enabling the family to move to their own apartment. Oscar and Linda even decided to formalize their common law marriage with a church wedding and began making arrangements.

Everything seemed to be looking up for Oscar and his family—until Oscar’s ankle monitor battery proved faulty. The battery should have only needed charging once or twice a day, but it was requiring charging dozens of times a day. Oscar reported the problem to the Intensive Supervision of Appearance Program (ISAP), the monitoring program for immigrants released from detention, but the supervisor didn’t do anything. Oscar did his best to keep the battery charged anyway.

On a Friday, he asked ISAP to replace his faulty battery. They said they would look into it.

Three days later, I got the call from Oscar. He had gone to the ICE office for a routine check in and was informed that because he had failed to keep his battery charged and answer follow up calls, he was going to be re-detained.

“He’s in violation of his conditions. He’s going to be detained, and there’s nothing to do about it.”

Oscar handed the phone to the officer who bluntly told me, “I’ve already explained everything I have to say. He’s in violation of his conditions. He’s going to be detained, and there’s nothing to do about it.”

“Do you know he has a wife and a six-year-old child?” I asked the officer. “He’s the only one in the family with a work permit. If you detain him, you are taking away a father, a husband, and putting his family at risk of homelessness.”

“I’ve already made my decision.”

Because of a battery malfunction, Oscar was headed back to immigrant detention.

Once a person has been found to be in violation of release conditions, regardless of any extenuating circumstances, it is very hard to get them out again. And in detention, asylum hearings are accelerated, meaning, there often is not sufficient time to collect evidence, secure expert witnesses, and prepare clients.

My colleague, Ian Philabaum, introduced me to a well-connected Houston local who put me in touch with several advocates. Within a few days, we had truly assembled our dream team with legal advocates from Houston and beyond. Raul Ochoa, Frances Rodriguez, Laura Nally, and Marisa Peterson, each a superstar in their own right, were all eager to pitch in. Once they met Oscar and his family, it was impossible not to want to support them. Legal service providers at Human Rights First, Justice for our Neighbors Houston (JFON Houston), Al Otro Lado, and the YMCA pooled their resources to draft requests and research case questions while local organizations, like the family’s church and LaUnidad11, stepped up to provide assistance to Linda and Oscar Jr. Friends regularly visited him in detention.

Court cases inside detention centers move very quickly, and Oscar’s final asylum hearing, called a “merits hearing,” was set less than a month away. I knew plan A was to get Oscar out of detention by submitting a second parole request. However, there was a good chance that the request would be denied, and we needed a plan B. Marisa, a staff attorney at JFON Houston, agreed to work on the asylum case.

Marisa explained that she was willing to represent Oscar even though it was such a short timeline for an asylum case because, “I knew Oscar needed a lawyer to represent him if the parole request didn’t work. It’s almost impossible for an unrepresented asylum seeker to win their case, especially if they are detained. In 2017 only 10% of applicants without representation were granted asylum in court, the other 90% were denied.” At this point we had done everything we could for Oscar. We submitted the second parole request, and waited.

Less than two weeks before Oscar’s court date, I called the deportation officer assigned to Oscar’s case to ask about the status of the parole request. I expected to be told the request was still under review, or worse, that it had been denied. Instead, I was told Oscar had been released that morning.

“Were it not for the band of advocates that mobilized around Oscar’s case, a family would have been fractured.”

Oscar’s story shows what a difference legal representation and community support can make. Were it not for the band of advocates that mobilized around Oscar’s case, a family would have been fractured. Oscar could have remained in detention, or worse, been deported to the country his family sacrificed everything to flee.

Now he is back in Houston, and Marisa is still working on his case. Oscar and his family are glad to have more time to prepare for his merits hearing, now scheduled farther out. They are grateful to be united once again and have their lives return to a state of normalcy. Just a few weeks ago, they celebrated Linda’s birthday. And soon Oscar and Linda will begin planning their church wedding again, which will surely have a long guest list.

To support innovative and collaborative legal efforts, make a gift to the Innovation Law Lab.

There’s no questioning technology’s impact on workplace productivity, but given the diversity of emerging tech and software products, it can […] 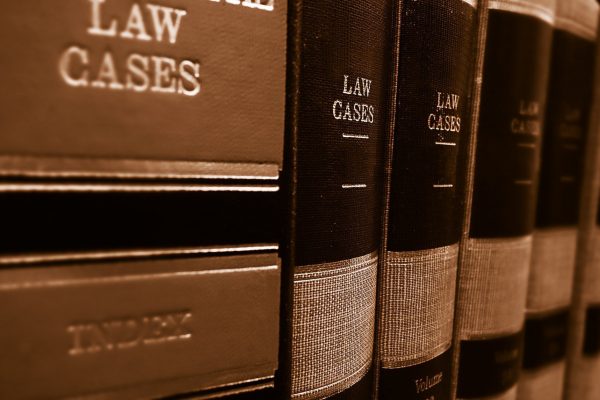