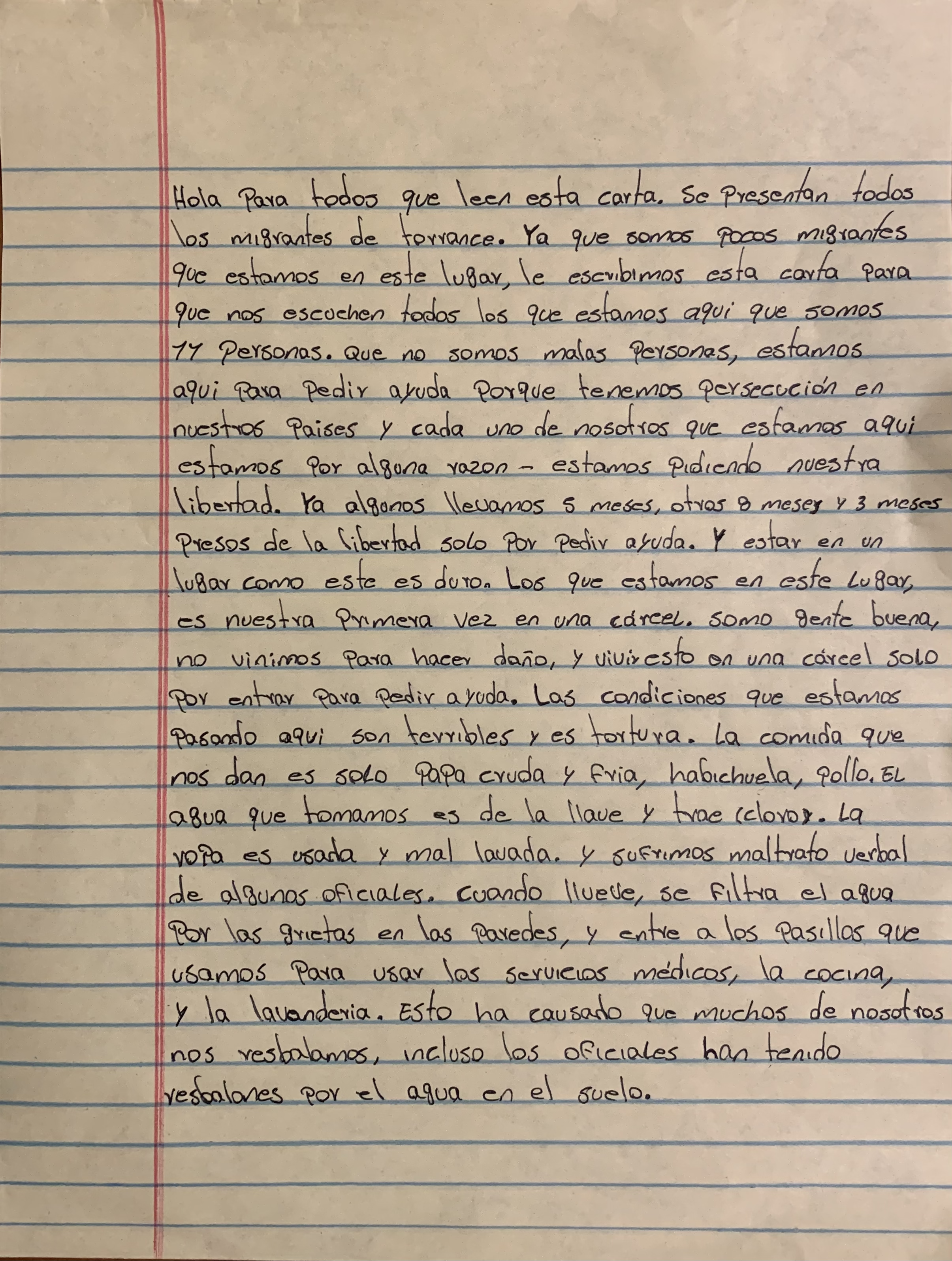 This past week, ten of the last eleven people still detained by ICE in Torrance, NM, signed an open letter calling for their freedom amid ongoing psychological torture.

In the letter, Los Últimos Guerreros, as the group calls itself, remembered Kesley Vial, who died of a fatal suicide attempt at Torrance County Detention Facility just over 100 days ago. They called for ICE to cancel any plans to bring anyone else there to suffer. You can read an English translation of the full letter below and view the Spanish language original.

Since then, Rafael, a signatory to the letter, has suffered a nonfatal suicide attempt as a result of the torturous conditions at the facility.

Also in the past week, immigrant rights groups sent a letter to the ICE Health Service Corps requesting an urgent investigation into a worsening medical and mental healthcare crisis at the facility.

This has to stop. We demand freedom for all detained at Torrance and an end to the ICE contract at Torrance now!

Hello to everyone reading this letter.

We are the migrants of Torrance. Since we are few migrants left in this place, we write this letter to be heard; there are 11 of us here. We are not bad people. We are here to ask for help because we’ve been persecuted in our countries, and each one of us is here for a reason — we’re asking for our freedom. Some of us have already been here for five months, others eight months or three months. We’re deprived of our freedom only for asking for help.

Being in a place like this is tough. For all of us, it’s our first time in a jail. We’re good people. We did not come to harm anyone, and we’re in a jail just for entering the country to ask for help. The conditions that we’re living through are terrible; it’s torture. The only food they serve is raw, cold potatoes, beans, chicken. The water we drink is from the faucet and has chlorine. The clothes are worn-down and poorly washed. We suffer verbal abuse from some officers. When it rains the water seeps through the cracks in the walls, and comes into the halls that we use to access medical services, the kitchen, and the laundry room. This has caused many of us to slip and fall and even the officers have slipped due to the water on the floor.

Due to all that and more our friend Kesley, a Brazilian who came to the United States looking for protection — due to the conditions of torture and lack of communication from ICE that left him with no idea what was going on with his process, he took his life. There are many people here who are seeing the psychologist. They are taking medication for anxiety, to sleep, and other illnesses that this place has caused us. For example, food allergies and throat issues from the water that we drink. Even the officers say they would not even feed their dogs the food they serve us.

One of the problems that this lockup causes us is the psychological damage that we suffer every day, since none of us has ever been in a jail or had to see a psychologist and a psychiatrist or take pills in order to be able to sleep due to the anxiety, depression, and headaches. When we see the psychologist or psychiatrist, one of the questions they ask us is if we want to hurt ourselves or if we have suicidal thoughts. To this question we must answer no, because otherwise, if we don’t keep quiet or answer affirmatively, they immediately take us to a cold, dark cell, which we call “the hole” due to the descriptions of the people who were unfortunately there.

In the hole we have to be practically naked because they only give us a hospital gown. We have to sleep on the concrete, and that’s only if you can sleep, since the sound of the air conditioner is like a car engine. The food they give us there is raw carrots and celery. The lights are on all the night. When we leave that place, we leave physically and psychologically damaged. One of us left the hole with a damaged rib caused by the concrete where he slept. In order to get out of the hole, we have to lie and say that the thoughts of self harm have passed. We have to say that we have recovered, when in reality we leave worse than when we entered.

We’ve heard that ICE plans to transfer 100 people here in December and January. It’s incredibly important that this not happen, considering the facts that we have detailed here. Every day we fight to keep hope that very soon we will be out of this jail with the help of God. We want to be free. Thank you for listening to these words, and God bless you. 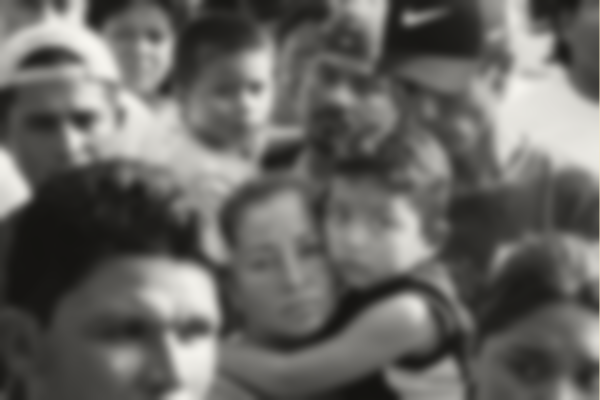