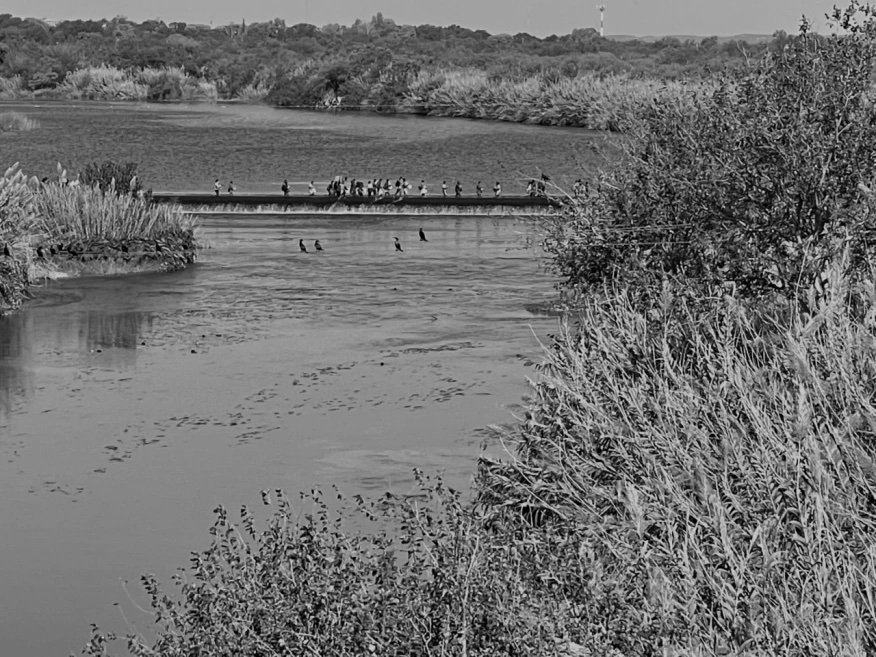 In September 2021, around 15,000 Haitian asylum seekers fleeing persecution arrived in Del Rio, Texas. Though the Biden administration knew of their pending arrival, it failed to prepare adequate resources to humanely receive these individuals and families exercising their legal right to seek safety.

In September 2021, around 15,000 Haitian asylum seekers fleeing persecution arrived in Del Rio, Texas. Though the Biden administration knew of their pending arrival, it failed to prepare adequate resources to humanely receive these individuals and families exercising their legal right to seek safety. Instead, for two weeks, the administration subjected them to horrific conditions and racist abuse by CBP that included lack of food, water, urgent medical care, and verbal and physical assault. The Biden administration then proceeded to expel Haitians en masse back to danger—including pregnant mothers and infants as young as nine-days-old—totaling more than 25,000 Haitians since September 19, 2021.

“As we just marked the one-year anniversary of the U.S. government’s abuse of Haitian asylum seekers in Del Rio, we are disappointed but not surprised that we have to litigate this FOIA request,” said Guerline Jozef, Co-Founder and Executive Director of Haitian Bridge Alliance. “Since last September, the Biden administration has skirted accountability at every turn: DHS conducted a sham investigation that focused on the mere 30-minute period captured on camera rather than the full two weeks that Haitians were subjected to abuse. They also failed to interview a single Haitian victim or witness yet concluded that there was no use of excess force. We vehemently oppose these efforts at impunity and hope this FOIA litigation is a step towards the transparency and accountability that impacted Haitians deserve.”

“Anti-Blackness is a core tenet of U.S. immigration policy,” said Haddy Gassama, National Director of Policy and Advocacy at the UndocuBlack Network. “Not only is this evidenced by the government’s abuse of Haitian asylum seekers in Del Rio, but also by its attempts to avoid accountability. For years, Black immigrant advocates have challenged the violent treatment of Black migrants; while the structures and systems that have enabled this cruelty to endure are not new, it is the responsibility of this current administration to rectify those harms. That begins with transparency, ending deterrence policies like Title 42 and ensuring protections are put in place for people seeking safety.”

“Since Del Rio, the Biden administration has expelled more than 25,000 Haitians and many more still face uncertainty and discrimination along the border,” said Diana Konaté, Policy Director at African Communities Together. “We file this lawsuit in solidarity with the thousands who were abused in Del Rio and who are still fighting for their fundamental, human right to seek safety. DHS’s blatantly one-sided investigation into Del Rio with its deliberate failure to interview a single Haitian migrant illustrates the urgency and necessity of this litigation to produce the documents we are entitled to under law.”