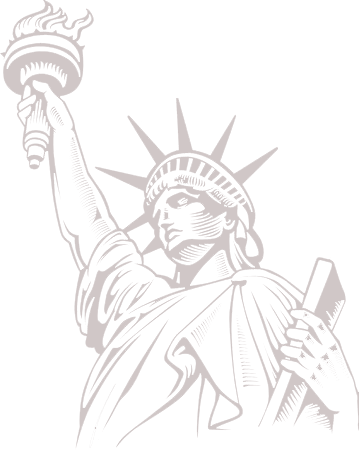 WASHINGTON D.C. –– On Friday night, February 19, the U.S. District Court for the District of Columbia issued an emergency […]

The court ruled on diversity visa applications for five consolidated cases, including Gomez v. Trump, which is litigated by a civil rights coalition including the American Immigration Lawyers Association (AILA), Justice Action Center (JAC) and Innovation Law Lab, with pro bono support from Mayer Brown LLP.  Diversity visas are granted to those who come from countries with historically low rates of immigration to the U.S.

A presidential proclamation on immigration was initially signed on April 22 by the Trump administration, and was expanded in scope and extended through the end of 2020 on June 22.  The ban halted virtually all immigration, and is indefinitely separating hundreds of thousands of families and throwing the business plans of companies into chaos. With Gomez v. Trump, our civil rights coalition filed the first lawsuit challenging the entirety of the Trump administration’s immigration ban. In addition to diversity visa winners, plaintiffs include family-based visa applicants and businesses who employ nonimmigrant foreign workers.

On December 31, President Trump extended the ban again until March 31, 2021. The extended ban prevented thousands of diversity visa winners with valid visas from using those visas to immigrate to the United States before those visas expired.

In its Friday night ruling, the district court ordered the Department of Homeland Security to treat all diversity visas issued following its prior preliminary injunction in September as if they are first issued on the date of final judgment in the case, which will be sometime in the future. The court also noted that if the immigration ban ends before final judgement in the case — either because it is rescinded by the Biden administration or just expires on its own terms on March 31, 2021 — any such visas issued under the court’s September 2020 injunction will be treated as if they were first issued on the future date that the ban no longer is in place. In combination, the court’s order ensures that the approximately 7,000 diversity visa winners who got their visas after the September preliminary injunction win in the Gomez case will not lose their chance to come to the United States.

There is one exception to the relief granted by the court, which concerns diversity visa holders with visas that would expire between February 18 and February 28, 2021. This exception reflects the fact that earlier on Friday before the court’s ruling, the Department of State informed the court that it had granted national interest exceptions to all of the diversity visa 2020 winners who had visas set to expire between February 17 and February 28, 2021 who had not yet entered the U.S. The exceptions granted by the State Department enable these specific diversity visa winners to travel immediately to the United States before their diversity visas expire — provided there are no additional travel constraints, such as separate covid-related restrictions. Expired diversity visas cannot be renewed or reissued.

While helpful, the limited national interest exceptions granted by the State Department did not protect the ability of the thousands of other diversity visa winners whose visas had expired before February 17, 2021 or were due to expire in March 2021. The court’s ruling does so.

We celebrate this victory for all diversity visa applicants, and vow to continue to fight for the rights of all immigrants.

Jesse Bless, AILA’s Director of Federal Litigation said, “We are grateful the U.S. District Court for the District of Columbia granted our plaintiffs and class of 2020 Diversity Visa holders additional time to enter the United States as immigrants. They can breathe a huge sigh of relief as the Court’s decision preserves the validity of their visas which were in danger of expiration because the Trump bans remain in place.  Our hopes remain that the Biden Administration will now do the right thing by rescinding these xenophobic visa bans.“

“This is an important day for the thousands of diversity visa recipients whose time was running out, and whose clocks will now be reset,” said Karen Tumlin, Founder and Director of Justice Action Center. “But every day that this ban is in place, hundreds of thousands of other people — including separated families and small business owners — are hurting badly. We implore the Biden administration to rescind Trump’s capricious and cruel immigration ban now.”

“The immigration ban hurt families and business, with severe consequences for our national and regional economies,” said Stephen Manning, Founder and Executive Director of Innovation Law Lab. “Turning the page on this dark chapter will require that the Biden administration immediately rescind this cruel and arbitrary ban.”

More information about the lawsuit, including case filings, can be found here.