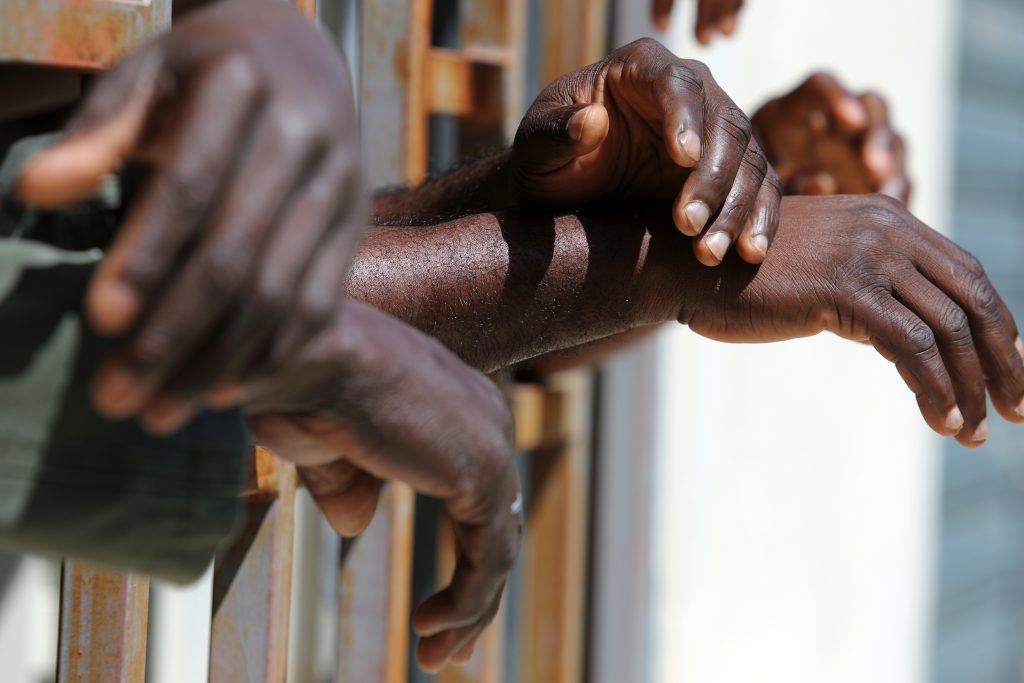 Plaintiffs seek not only accountability for the government’s racist abuse in Del Rio, but also the return of the thousands of Haitians expelled by the Biden administration from the Del Rio encampment since September, so they may pursue their asylum claims in the United States. The lawsuit also underscores the unlawfulness of the Title 42 policy, invoked by the Trump administration and embraced by President Biden, which uses the COVID-19 pandemic as a pretext to close the border to asylum seekers.

“The stories I heard coming out of the Del Rio encampment will forever haunt me: mothers with newborns denied basic necessities such as shelter and medical care, children being fed nothing or only bread, and outright derision and discrimination from U.S. authorities,” said Guerline Jozef, co-founder and executive director of Haitian Bridge Alliance. “The world watched as Black asylum seekers were abused and dehumanized by men on horseback. As a Black Haitian-American woman descendant of enslaved people in the Americas, I can not disconnect this treatment of Black bodies in Del Rio from the historical treatment of Black bodies in the United States. Instead of providing asylum seekers and refugees the legal protection afforded under the law, the U.S. government treated them with contempt, anti-Black prejudice and summarily expelled them without any due process after they suffered and bore witness to CBP abuse in Del Rio. Immigration is a Black issue.”

Plaintiffs in the lawsuit include Mirard Joseph. Joseph had crossed the Rio Grande to deliver food to his family, who had not eaten in days. Joseph and his family had made the arduous journey to the United States from Chile to seek safety after fleeing the threat of violence in Haiti. He and multiple other plaintiffs recounted horrific treatment both in the encampments and in the centers in which they were detained before being expelled from the United States or returning to Mexico. “This was the most  painful and humiliating experience of my life,” he said.

“I’m struck that a country I believe could provide safety and protection for me  would absolutely humiliate me and others this way,” said plaintiff “Paul Doe”. “By deporting me and other asylum seekers, President Biden has condemned us to death.”

“The world was witness to the abusive treatment that our plaintiffs and others faced in Del Rio—to date, there has been no accountability,” said Karen Tumlin, founder and director of Justice Action Center. “These asylum seekers fled extreme political instability, kidnappings, and more, all in the hopes of building a safe and stable future for themselves and their families. Instead, they were subjected to degradation, physical abuse, malnutrition, and a swift ejection from a nation that claims to welcome those in need. We’re proud to support Haitian Bridge Alliance and others to ensure that the government is held accountable for its heinous actions.”

Despite a much-overdue conversation about institutional racism in society at large, anti-Blackness and racism within the immigration system remain relatively underdiscussed. This is slowly changing: federal district courts have recently acknowledged the discriminatory intent behind some of the cornerstones of U.S. immigration law.

The United States’ own history with Haiti is similarly poorly understood. Anti-Haitian sentiment from the federal government was on display as recently as 1990, when the federal government recommended that Haitians be prohibited from donating blood. In 2018, then-president Donald Trump referred to Haiti and other countries as “sh*tholes.” Today, Black immigrants make up a disproportionate number of deportees.

“The US immigration system has punished Black migrants and the people of Haiti time and time again,” said Tess Hellgren, Deputy Legal Director of Innovation Law Lab. “With this lawsuit, we say no to white supremacy in the immigration system. We say no to the violence, the discrimination, the expulsion and the cruelty. We stand with Haitian Bridge Alliance and the Haitian people harmed by US immigration enforcement.