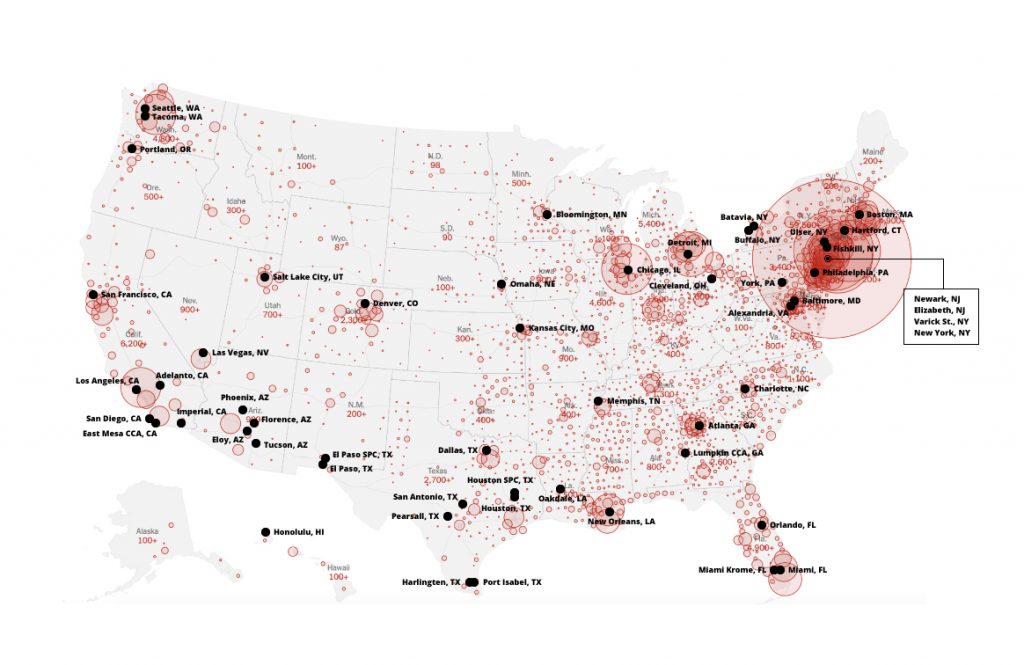 While, at Wednesday’s hearing, the federal judge denied the group’s request for a Temporary Restraining Order (TRO), since the immigrant rights groups notified the Trump Administration  that they were going to federal court for an emergency order, the government has radically shifted its approach and, within days, announced that it would further postpone all non-detained hearings, amended a long-standing rule prohibiting electronic signatures on filings, and authorize limited forms of email filing at all U.S. immigration courts.

“We are very disappointed in the court’s decision,” said Stephen Manning, executive director of Innovation Law Lab and one of the attorneys in the case. “While we welcome some of the changes the immigration courts made in response to our request, we are left wondering how many people need to become infected and die before the immigration courts join the rest of the world in understanding that we are living in an unprecedented pandemic.”

“Meaningful access to counsel, especially during crucial merits hearings, requires that the court provide certain safeguards to our clients,” said Linda Corchado, legal director at Las Americas.  “As a result of the ruling and the immigration court’s refusal to protect the public health, we will be forced to continue to risk our lives to defend our clients as this pandemic rages through our community.”

A Trump administration attorney assured the court that by already adopting some of the protective measures the immigrant rights organizations requested, EOIR had adequately responded to the pandemic. The court responded to the argument by denying the groups’ motion.

“The federal government itself is expecting hundreds of thousands to die and countless more to become debilitated from this disease, yet they continue to operate the immigration courts in a manner that puts health and lives at stake,” said Melissa Crow, senior supervising attorney with the Southern Poverty Law Center’s Immigrant Justice Project. “We will continue to fight against the injustice that pervades the immigration court system and for the rights and safety of asylum seekers and other immigrants who just want a full and fair opportunity to present their claims.”

In December, the immigrant rights organizations filed a federal lawsuit challenging the weaponization of the nation’s immigration court system to serve the Trump administration’s anti-immigrant agenda. On March 27, the group asked the court to issue a temporary restraining order which would have required immigration courts to take measures to protect the health of immigrants, attorneys, court staff and the public without jeopardizing the rights of people in removal proceedings. These measures would have included:

Innovation Law Lab, based in Portland, Oregon, with projects around the country and in Mexico, is a nonprofit organization that harnesses technology, lawyers, and activists to advance immigrant justice. For more information, visit www.innovationlawlab.org.