by Stephen Manning — Posted in Norcor Rights Architecture on September 13, 2018 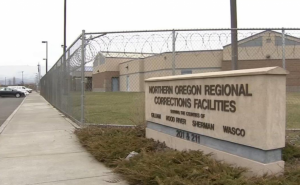 Innovation Law Lab, together with attorneys from Oregon Law Center, recently obtained a victory for the taxpayers in Wasco County who seek to an end of the ICE contract and other immigration enforcement activity prohibited by state law in their four-county jail. The jail, NORCOR, objected for months to delivering records demonstrating local law enforcement assistance with federal immigration enforcement. Citing 8 C.F.R. § 236.6, NORCOR made a blanket refusal to turn over documents, sought to claw back those it had already turned over, and refused to answer questions in depositions about the material.

The regulation, 8 C.F.R. § 236.6, prohibits public disclosure of the names and other identifying information of individuals held in detention by ICE. Plaintiffs contend that there is a significant difference between public disclosure, such a FOIA request or similar public records request, and documents sought in a lawsuit. The Wasco County Court agreed and ordered NORCOR to produce the documents, concluding “[t[hat regulation does not apply to requests for discovery in litigation.”

The Court also confirmed that where a local law enforcement agency or other party holds documents sent to it by a government agency, the Touhy regulations do not apply.  The Court reasoned that because NORCOR “is not a federal agency or a current or former federal employee,” the Plaintiffs may obtain documents directly from NORCOR.

Innovation Law Lab applauds our clients in demanding transparency and accountability at NORCOR, and hopes this ruling assists other jurisdictions in understanding the correct scope of 8 C.F.R. § 236.6.

A copy of the ruling can be found here.

Sheridan: When a Community Responds

Today marks a crucial legal victory for Innovation Law Lab, as Judge Michael H. Simon granted our motion for a […]