Sheridan: When a Community Responds 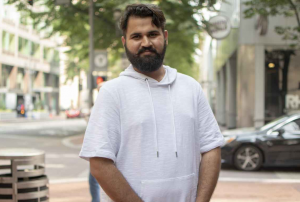 In late May 2018, the Trump Administration imprisoned Karandeep Singh, and hundreds other men like him, because he had fled to the United States to seek asylum. The administration’s goal, as President Donald Trump stated, was to “immediately, with no Judges or Court Cases bring them back from where they came.”

Mass imprisonment and rapid deportation are supposed to be the new norm because, according to the president, immigrants “are animals.” The Trump Administration is actualizing its immoral and unlawful plan to deport immigrant communities of color en masse. Immigrants with legitmate asylum claims are being deported faster and in larger numbers than we’ve seen before.

Like more than 120 other asylum seekers, the administration locked Karandeep in a federal prison in Sheridan, Oregon, denied him access to lawyers – and therefore the law – and then was going to immediately deport him in spite of his legitimate claim to asylum. That was supposed to be it.

But, exactly 90 days after he was thrown in prison, Karandeep was freed from his cell in Sheridan to fight his asylum claim outside the electrified confinement of immigrant detention.

How did Karandeep get out of Sheridan?

Oregonians came together to provide necessary support for these asylum seekers in the best ways we each know how. We came together in the courts, on the streets, in the headlines, in our community, fighting for these men on both sides of Sheridan’s walls.

Grassroots organizations working within the Rights Architecture in Oregon deployed their best strategies, with their best hearts, and their clearest thinking to collectively defend Karandeep and all the men immorally imprisoned in Sheridan in order to build sustainable, inclusionary pathways for Oregon and everywhere.

Unidos Bridging Community, the Interfaith Movement for Immigrant Justice (IMIrJ), the Rural Organizing Project (ROP) and others built solidarity outside the detention center with everyone inside the detention center through vigils, marches, and and public manifestations of connection, support, and hope. These actions kept what was happening in Sheridan in the headlines and in public consciousness, letting the men know the community supports them and letting the government know that their actions don’t align with Oregon’s values.

Asian Pacific American Network of Oregon (APANO), Causa, and others activated a massive network of volunteers to engage in the challenging and vital work of defending everyone in detention so that no one was forgotten.

The ACLU of Oregon – in collaboration with attorneys from Stoll Berne – as well as the Federal Public Defender of Oregon broke open the Trump Administration’s attempt to isolate Karandeep and others from the law by fighting the government in federal court. The successful lawsuit finally paved the way for the asylum seekers to have access to attorneys from the Innovation Law Lab.

APANO, ROP, Unidos, and the newly-formed ICE out of Sheridan group established a special post-detention respite network to provide a welcoming einvironment and transportation from the doors of the detention center to a safe, sheltered, dignified space, allowing the men to recover from detention and build plans for onward travel to their family and sponsors. This crucial support network engaged several religious organizations, like the Dasmesh Darbar Sikh Temple to St. Michael & All Angels Episcopal Church, and dozens of community members.

Karandeep’s journey is only partially complete. And many more immigrants of color are still confined within Sheridan and other facilites around the country. Yet when Karandeep walked out of Sheridan on August 21, he won an important victory in the long journey to protect the rule of law.

On the evening of June 11, 2018 over 60 concerned community members–lawyers, activists, clergy, mothers, fathers–came together to kick off […]

An update from the inside

Dear friends, Two weeks ago, I spent my first day inside a detention center. As a long-time volunteer with the […]

FCI Sheridan Update, What’s Next, How to Get Involved

Thank you for your interest and willingness to defend democracy, end family separation & support the pro bono legal effort […]