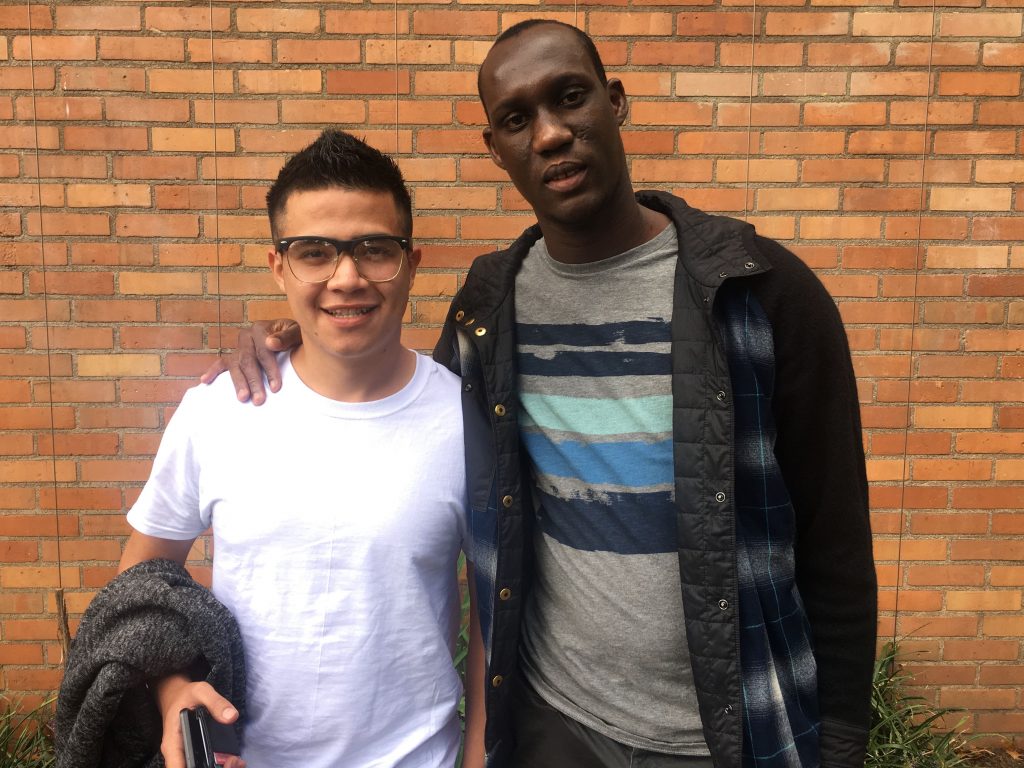 Two individuals released from Sheridan, made possible by community giving

by Stephen Manning — Posted in Sheridan on October 4, 2018

In mid-September, Abdoulaye and Carlos received the good news that ICE had granted them parole, pending payment of bond. Detention was coming to an end and the unification with their families and communities was about to begin.

But the bond was so high.

And that is when Oregonians came together to contribute to the Bond+ Fund. Between donations from individuals and churches, enough money was raised to post bond for Carlos and Abdoulaye. And on Wednesday, October 3, they walked out of Sheridan.

“I could hardly believe it,” Carlos said. “A guard came to my cell and said, ‘you’re leaving now.’ I only had time to say goodbye to my cellmate.”

The day after Carlos was released from Sheridan, he asked to attend a gathering, as part of the Sheridan to NORCOR march organized by the Interfaith Movement for Immigrant Justice (IMIrJ), Rural Organizing Project (ROP), Causa, and other organizations.

He took the stage to share his story and thank advocates and volunteers for their tireless work on behalf of the many men detained at Sheridan. “I am here with this group to raise my voice for my companions that are still in prison… Hopefully they will soon all be free.”

To make a gift to the Bond+ Fund, click here.

On the evening of June 11, 2018 over 60 concerned community members–lawyers, activists, clergy, mothers, fathers–came together to kick off […]

What happened today? Today, we sent a team of pro bono lawyers to FCI Sheridan. And once again ICE denied […]